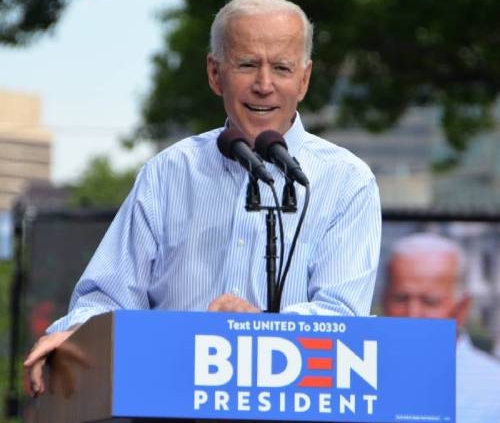 We’re getting closer and closer to Election day – Tuesday, November 3, 2020, and things are starting to heat up. Will Joe Biden become the 46th POTUS or will Trump prevail and serve a second term?

To unite the Democratic party, he created a Unity Task Force. He has also begun to support the plans of other democrats such as Elizabeth Warren’s bankruptcy plan and submitted a free tuition proposal based on Bernie Sanders’s earlier plan. All this to have a united front against the Republicans.

In response to what a crazy year 2020 has been, Biden and his team crafted the ‘Build Back Better’ agenda. With coronavirus at the center of attention, it is expected that the economy will need financial support for many more years to come. This agenda proposes to carry out activities that will provide support to those that are the most affected by the pandemic. Also, he has chosen to spend on activities that are greener as well as more diverse and inclusive.

Besides his agenda, he also has to go head to head with Trump. As seen in the previous election, Trump knows how to attack his opponents and use unflattering nicknames that just stick. This time around, Biden is well prepared as one of his strategies is to avoid being an easy target for the current POTUS.

The 2020 election is about getting rid of Trump. The pandemic has helped Biden to lay low, while the president has poorly dealt with the pandemic on a national stage.

“This election is a clear referendum on Donald Trump and his failed leadership on Covid and also on the economy,” said Jennifer O’Malley Dillon, Mr. Biden’s campaign manager.

As we take a deeper look into his agenda, here are 7 things Biden is getting involved in to win voters across the country:

Launching a series of touching ads on YouTube, Joe Biden shares his tragic experience of losing his loved ones. Some of the ads are 1-minute long mixed with shorter ones at 15 seconds.

Focusing on healthcare for Americans, this ad is shot in black and white with Biden narrating his story. He talks about how his son Beau was diagnosed with terminal cancer. And how he was fortunate to have healthcare for the remaining few months of his life. In this video, he emphasizes on the importance of healthcare for all Americans – one of the reasons why he’s running for president. Watch the ad below here:

With this YouTube ad campaign, Biden is showing Americans his personal side as well as the pain he’s gone through. It’s also very sympathetic as he portrays he will be a president that will care about everyone’s lives. Unlike the Republicans who are trying to replace Obamacare.

“Protecting the ACA from Republicans seeking to tear it down, or from others proposing to replace it, is a crucial and personal issue for Vice President Biden and for Americans across the country,” said Biden’s campaign manager Greg Schultz in a statement.

The campaign also features several 15-second ads highlighting a tragic incident that claimed the lives of Biden’s wife and infant daughter. In December 1972, his wife, daughter, and two sons were in a car accident. His sons suffered critical injuries but survived.

This 15-second video shows a young Biden taking the train home every day to take care of his two young sons. The video also reminds people that once again, healthcare played an important role. Without healthcare, it would have been very difficult for him to pay for both his son’s injuries. Watch the short video below here:

Upon realizing that more than 82 percent of his audience is aged 45 and above, Team Biden has decided to invest more in reaching the older crowd. In fact, old people are the ones with a higher tendency to vote.

The former vice president has invested more than $1 million on Facebook’s platform ever since he entered the presidential race in late April. He’s been more aggressive than Trump in recent weeks. But he’s not spending blindly.

The leader of the Democrats has a clear strategy in place: target older people aged 45 and above.

According to Bully Pulpit Interactive, the Democratic communications firm, roughly half of their audience has been in the 45-64 age range. An estimated 32.7 percent has reached users aged 65 and up. While a mere 17.4 percent has reached 25-44 year-olds. His opposition is also producing similar figures with 45.2 percent reaching the 45-64 category, 27.9 percent for 65 and up, and 22.1 percent for the 25-44 age demographic.

The data indicates that older people are more engaged with the content published by the campaign of both candidates.

3. Advertising on websites they never have before

Team Biden continues to experiment and try things they never thought they would. This time they’re taking a more creative approach in the online world. Although Joe Biden has a very conventional image, his team opted to reach out to a completely different group of audience to see if they could draw more attention to him.

Before delivering his acceptance speech for his party’s presidential nomination, Biden’s team decided to launch a six-figure digital campaign on four websites. The websites were WebMD, FunnyOrDie, Patheos, and GearPatrol. These sites were loaded with ads with Biden’s face inviting them to watch his speech on live TV.

Each website featured a different slogan taken from Biden’s campaign. For example, on WebMD, the slogan was “For the health of our nation.” On Patheos, the ad read “For the soul of the nation.”

With the pandemic driving digital interactions, campaign managers have been forced to think outside of the box. Although campaigns usually spend big bucks on national and local TV purchases, this time around has been different. Managers have to take the non-traditional route and try to approach audiences wherever they can.

“Biden is in places where people don’t expect to see him,” Lindsay Holst, a senior advisor for the campaign who’s overseeing digital strategies for the convention, told Axios.

The four websites cover an array of topics such as healthcare, comedy, religion, and lifestyle. The targetting is based on interests to find voters who had no plans to watch the acceptance speech. And to get them interested.

By running their digital campaign on lifestyle websites, the strategists in Team Biden are seizing every opportunity.

Biden is no stranger to American politics. Having run as Obama’s vice president, his “Uncle Joe” image has stuck around. Most of his voters and colleagues know him as Mr. Nice Guy. However, as he’s come further along with this presidential race, he’s decided to show the world that he’s the strongest possible figure to compete against Donald Trump. He’s displaying his feisty character who’s able to take punches from his opponent and retaliate. At times, he’s also made harsh remarks and comments about other political figures.

Here are some examples:

When Trump accused Biden and his son, Hunter Biden, of corruption, Biden responded by calling Trump the most corrupt president in the history of the United States of America.

Biden further elaborated on Trump’s taxes: “Even President Nixon released his tax returns,” Biden said, referring to the former president caught in the Watergate scandal. He added, “Mr. President, release your tax returns or shut up.”

Concerning Trump’s withdrawal of troops from Syria, Biden called it “the most shameful thing any president has done in modern history in terms of foreign policy.”

Amid the pandemic, Team Biden has contrastingly behaved better than his opposition. With President Donald Trump organizing large, indoor rallies as he did during the previous presidential race, Biden has decided to practice social distancing and wear a mask in public. The Democratic leader stresses the importance of health and limiting physical contact.

Ever since the outbreak in March, Biden has been extremely critical of the way Trump has been managing the pandemic. For every area Trump has erred, Biden shows how he would have approached the issue differently. In terms of the pandemic, he tells the nation to follow the guidance of public health experts and to stay at home to fight the spread of the virus.

With an app for just about everything these days, Team Biden developed The Vote Joe App, the official application of the Joe Biden campaign. The app was developed with one objective in mind: to engage with voters. Acting as an engagement tool, anyone in America can register with their email and address. Once registered, all app features are available such as sending canned Joe Biden text messages and sharing information about your contacts.

The latter is known as “relational organizing”. According to the app’s guide, it is defined as “when volunteers leverage their existing networks and relationships in support of our candidate, Joe Biden.” Once you’ve downloaded and signed up, you may sync your phone’s contacts or find a voter in the app’s database. Next, you may report specific information about that contact. The information may include their interests and their occupation.

The Vote Joe App is integrated with a database compiled by Target Smart. Any registered user is allowed to access the database of over 191 million voter records. You may search through the database by keying in first name, last name, and state. Once these parameters have been filled, you will receive information on all the elections that voter has taken part in.

In the 2016 presidential race, Donald Trump won with his slogan “Make America Great Again!”. For the 2020 election slogan, he’s opted to go for “Keep America Great”. Having launched his campaign in 2019, his rival Joe Biden was quick to play some naughty marketing tactics. As soon as the new slogan was announced, Biden bought the domain to use it as a weapon against Trump.

So what has he done with the domain? He has loaded it with anti-Trump content. If you visit www.keepamericagreat.com, you’ll see a black and white picture of Donald Trump with a sad face. Below his image, you’ll spot the slogan of the website.

As you scroll down, you’ll come across this:

Trump isn’t looking for a second term – he’s looking for a do-over. Here’s how Trump’s record stacks up against the promises he made to the American people.

Keep scrolling further down and you’ll see examples of the promises he’s made and broken. Promises covering the economy, jobs, immigration, foreign policy, national security, COVID-19, and so much more. They’ve all been laid out. This website showcases all of Trump’s failures.

Biden and his team have managed to come up with a brilliant way to use this website to portray a negative image of Trump. When asked for a comment, Trump’s party gave no response. It’s high time that another politician gives Trump a taste of his own medicine. He isn’t the only one who knows how to take digs at his opponents.

All of Team Biden’s campaign activities center around his three main challenges. He continues to unite the party by proposing the plans that other members are passionate about. On top of that, he’s shown the public that he’s a responsible candidate who is willing to properly manage turmoil. Last but not least, he’s revealed his tough personality when it comes to dealing with Trump.

With every election that comes and goes, the strategies and tactics utilized by each team play a huge role in winning the voters. From emotional YouTube ads to a demographic Facebook strategy to mischievous attacking tactics, it’s always interesting to see what presidential candidates have up their sleeves.

Congratulations on reaching the end!

Check out our podcast Impact Talks, where you can listen to high-profile experts from various backgrounds!

Join our Facebook Group Community with over 4,700 entrepreneurs, innovators, and creators by Startup Funding Event, where you get access to free live training, daily Q&As, design templates to get your business started, and support from the SFE team. Join here!

Want to join the discussion?
Feel free to contribute!

4 Most Brilliant Innovators Of Our Time And How They Change The World We Live...